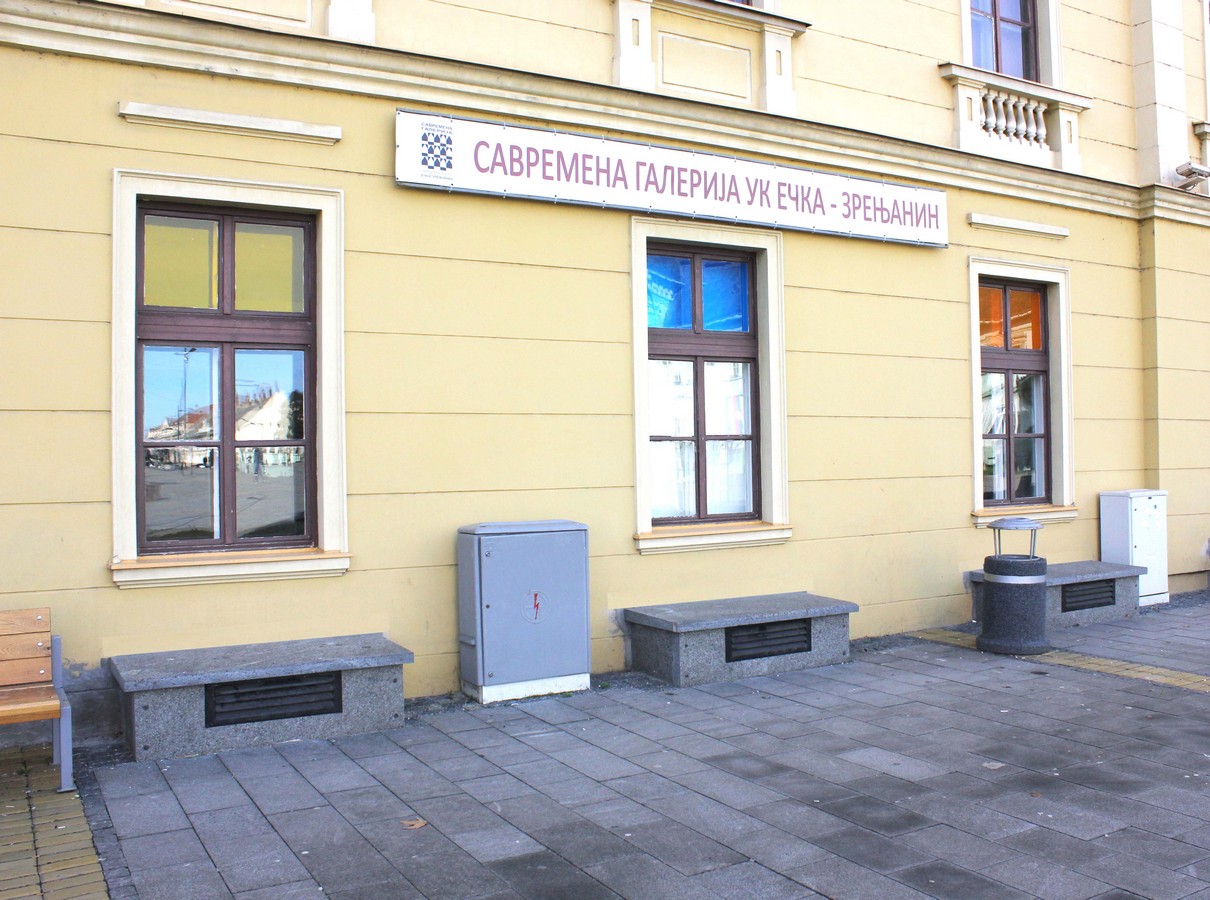 THE CONTEMPORARY GALLERY OF THE EČKA ART COLONY – ZRENJANIN

In 1956, the city of Zrenjanin founded the Art Colony in Ečka, a village near Zrenjanin. The Ečka Art Colony came to life at a time when the art colonies in Vojvodina (Senta, Bačka Topola, Bečej, Kikinda, Ruma, Novi Kneževac) already gained some experience in organizing the temporary stay of artists becoming the hubs of new artistic ideas. In 1958, the Contemporary Gallery of the Art Colony was founded as an institution tasked with taking care of artistic works created mainly in the Ečka Art Colony, and to continue organizing meetings of artists in Ečka. In 1964, the Contemporary Gallery in Zrenjanin was opened. Since its founding in 1956, the Ečka Art Colony has brought together artists who work in various traditional artistic disciplines (painting, sculpture, graphics, drawing), and over time two conventions remained – classical painting colonz  titled "Painting" and watercolor painters colony titled "Meetings of Watercolor Painters". During the seventies of the last century when new artistic practices go outside or against traditional painting, or towards the dematerialization of an artistic object, the collective spirit that is inherent in colony activity is departed from in favor of the individual, subjectivist and creating a crisis in the work of the Ečka Art Colony. Since that time, the colony organizers have been trying to gather the artists to find a new meaning, a new profile and energy that would sustain the gatherings of artists in Ečka. On the fiftieth anniversary of the founding of the colony, in 2006 there was a change in the concept of traditional painter gatherings in line with the already widely present pluralism and interdisciplinary approach in contemporary art. The artists were enabled not to restrict the media to traditionally divided art disciplines, but to realize their ideas in various forms of contemporary artistic expression. In 2010, the authored and issue themed gatherings began in the Ecka Art Colony.

The contemporary gallery of Zrenjanin collects, preserves, systematically explores and exhibits the Yugoslav and Serbian post-war works of art created mainly in the Ečka Art Colony.

Gallery in the Shed
0
Hungary