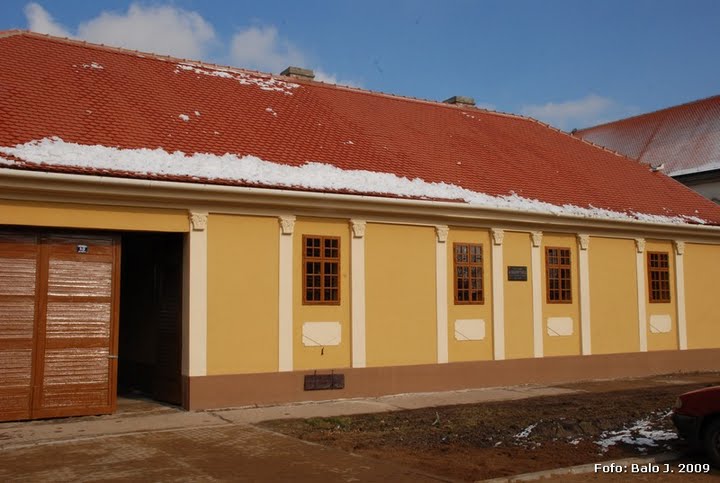 The Glavaš House Homeland Museum in Novi Bečej was founded on February 16, 2009 and is located in the home of Dr. Vladimir Glavaš (1834–1909), at Josifa Marinkovića Street no. 69, in the settlement of Vranjevo. The museum building is under protection is the Republic of Serbia as a cultural monument of great importance.

It was built in the first half of the 19th century for the rich civic family Glavaš in the style of the Biedermeier. After the reconstruction and adaptation of the space, the newly established Homeland Museum was housed in it and began operations on the centenary of the death of the donor Vladimir Glavaš.

Almost all furniture is authentic. The basement of the house is a renovated wine cellar.

Although the birthplace of composer Josif Marinković is located across the museum, it has not been turned into a museum, but one room in Glavaš's house is dedicated to the famous composer.

Memorial workshops are located in a smaller courtyard building that was once intended for the residence of Glavaš's parade coachman. One room was decorated as a barrel workshop, a gift from the Ružička family, the second as a barber shop with the necessary 1930s iventory, a gift from Ištvan Jagera. In the same backyard building there is also the Homeland Club of Novi Bečej and Vranjevci Peoples, in which the items kept testify about 130 years of existence of the Firefighter Association.

THE NATIONAL MUSEUM IN ZRENJANIN
0