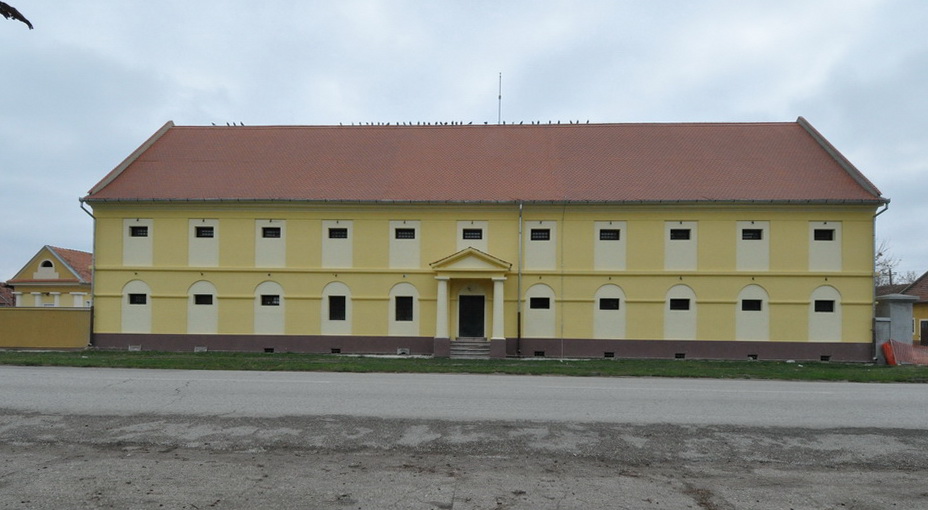 The Kotarka Homeland Museum in Novo Miloševo is located in the building belonging to the ambiental unit of the castle of the Count Karačonji family. In 1781, Bogdan Karačonji bought Beodra estate from the Vienna Court (now part of Novo Miloševo), paying 1500 forints for it.

Already in 1805, Beodra was granted the status of a town and is undergoing intensive construction work. During the nineteenth century, there were over 50 buildings on the estate, including two magnificent Classicist castles (the older one was built in 1841, preserved to this day), a mausoleum church built in 1841, a large wheat warehouse with farming facilities from 1834 ...

Among the farming facilities – Kotarka, a corn-storage building, stands out, which, after being partially renovated at the end of the XIX century, retained its authentic appearance. The Classical elements and a multitude of Doric columns follow the stylistic features of the complex and make the building unique.

The realization of the idea of transforming the Kotarka facility into the Homeland Museum, started in 1994, with the development of the necessary technical documentation. Since then, an intensive collection of exhibits has begun for the future homeland collection, which currently consists of over 4,500 pieces.

The works on the reconstruction of the facility began in 2001 and have been ongoing to this day. At the end of 2006, the part of the building, which consists of three exhibition rooms, a sanitary facility and a depot office, was completed.