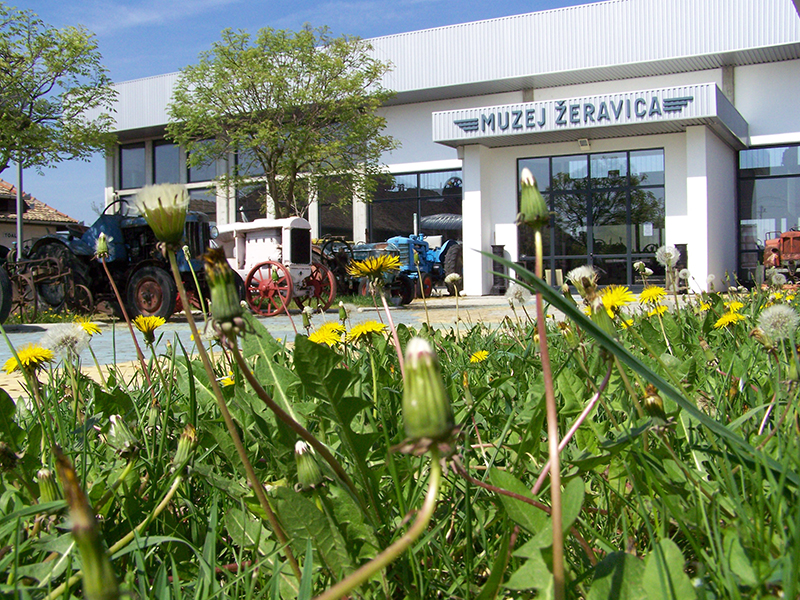 The village of Novo Miloševo is located twenty kilometers away from Novi Bečej, and is a village that preserves one of the largest industrial technical museums in Europe. The owner Čedomir Žeravica proudly stands at the entrance, continuing in his father's footsteps in preserving our history.

Going through the family albums with photographs, father Milivoj (1932–2009), in the mid-1970s, came across a photograph of the wheat harvest from 1939, where he, as a boy, was sitting on a Fordson 10-20 HP tractor from 1924. To have a tractor in the countryside at that time was somewhat of a rarity and a kind of attraction. Years later, the tractor was, among other things, confiscated at the time of the confiscation.

Milivoj led by nostalgia decided to get this tractor and through his friend learned that there is one such in the vicinity of Kragujevac. When he went to look at it, he found several similar tractors from that time in the yard. Wanting to buy them all, he was told that they were already ready to be sold abroad at that time. That day, Milivoj, without knowing it, laid the foundations of the museum. In the following years, he bought all the tractors he could get to, to keep them in our country where they fed our families. Initially it was a small collection of only a few tractors, temporarily located in the old shed. Over time, he began to collect other industrial machines.

In the form of a permanent exhibition, the collection was opened to the public in 1991, in a purpose-built building. Today, the collection Čedomir has brought to a global scale is located on over 3,000 m2 and includes over 160 tractors, 10 steam engines, 40 old military and civilian cars, 40 motorcycles, 40 old crafts machines, 50 stationary engines, radio, photo and TV collections, and several other tools and utensils. The central place in the collection belongs to Hart-Parr 15-30A, the tractor from 1920, which is in working condition and Ruston Proctor & Co steam engine dating back from 1884.All exhibits are recorded and most of them include manufacturer documentation stored in the library of the museum. The site www.muzejzeravica.org is regularly updated with new exhibits. The items that are not in working condition are undergoing repairs. The annual educational presentation of the museum titled "Sunset at Dawn" is organized every second Saturday in September, when old machines and crafts are returned to life, for some older generations to remember and to some new to learn how things used to be. Within the museum, a permanent exhibition opened dedicated to the double agent from the Second World War, Duško Popov who was a model for the creation of Ian Flemming’s character of James Bond, and whose family came from Novo Miloševo. In 1892, Dušan's grandfather, Omer Popov, built a house in which the family lived until 1919. It now belongs to the Žeravica family.