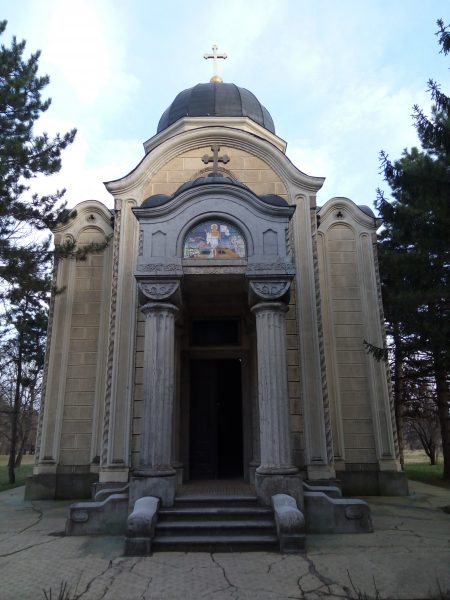 On the estate of Bogdan Dunđerski, near Bečej, in the early 1930s, the tomb chapel of the founding benefactor was built, according to the project of the Czech architect Josip Kraus. According to the original concept, Kraus was supposed to make a draft iconostasis. However, Uroš Predić, as a painter and close friend of Dunđerski, was commissioned to create the icons for the chapel. As Uros Predic was not satisfied with Kraus's sketches, the iconostasis was executed according to the idea of Predić himself.

Republic Institute for the Protection of Cultural Monuments – Belgrade.