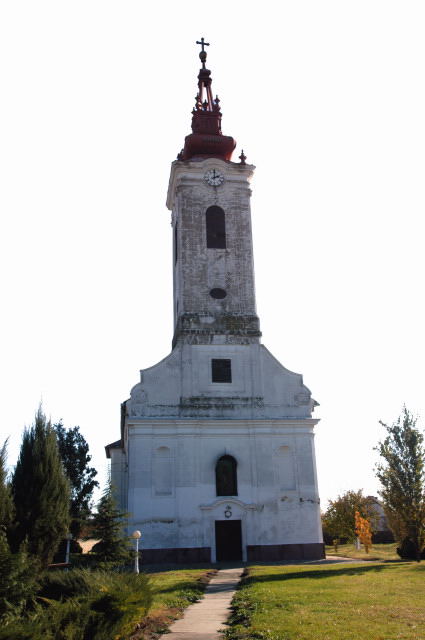 THE CHURCH OF THE RELOCATION OF THE RELICS OF ST. NICOLAS
Patrijarha Vicentija Prodanova, Bačko Petrovo Selo, Serbia
0
0 reviews
Write a review

THE CHURCH OF THE RELOCATION OF THE RELICS OF ST. NICOLAS

At the end of the 18th century, the village Bačko Petrovo Selo was the cultural center of the Bačka region. The workshop of one of the most important representatives of the Serbian Rococo, Teodor Ilić Češljar, whose last achievement is the iconostasis made for the church in Petrovo Selo, was also located in Bačko Petrovo Selo. The iconostasis is dedicated to the day of the Relocation of the Relics of St. Nicholas, and later it was painted and restored on several occasions. During conservation works (1965–1966), the iconostasis was cleared of later interventions.

This temple in Petrovo Selo was erected between 1777 and 1780, at the place of the older temple, which is mentioned in the sources from the beginning of the 17th century.

Republic Institute for the Protection of Cultural Monuments – Belgrade.